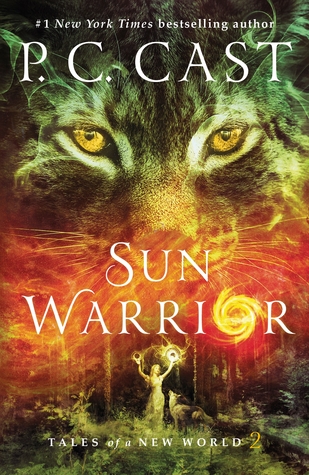 The second novel in the epic ‘Tales of a New World’ series by New York Times bestselling author P.C. Cast.

The battle lines have been drawn.

Once from rival clans, Mari, an Earth Walker, and Nik, a Companion, now find themselves fighting to save each other and their people from destruction.

Thaddeus has betrayed his own people, killing Nik’s father and destroying their entire clan. But he wants more. He wants the power he believes Mari has stolen from him and his people, and he will do anything to get it back, even if it means destroying everything in his path. There is only one way to stop Thaddeus, and it means a harrowing journey for Mari and Nik into the heart of darkness.

“P.C. Cast builds an engaging world and cleverly smudges the line between fantasy and speculative fiction . . . the world and the slowly rising tension of the story are spooky, compelling and fun.” Good Reading

Thank you to Pan Australia for sending me a copy of this book in exchange for my honest review.

If you missed my review of the first book in this series Moon Chosen you can find it here. During my read of this second book, I had some similar thoughts to the first book. I again think the cover and the sketches at the start of each chapter are absolutely stunning and give a little something extra to the reading experience. I also still believe that the story should be aimed towards an older audience at least new adults and not the YA audience. This is because there are many themes such as rape, murder, violence and racism that may not be processed or interpreted in an ok manner by people of a younger mindset.

Having said that I do believe that some of the messages that P. C. Cast appears to be trying to get across in this story are good for people of any age. Including that women are strong and capable and great leaders just like men. And more importantly that no matter someone’s culture, upbringing and skin colour we are all human beings capable of great things.

I found this second instalment more enjoyable than the first. Because we know about the world and magik systems there was less to learn. But still enough to learn to keep things interesting.  Also without spoiling anything, this book is much more fast-paced than the first, given where the first book ended and the plotlines that ending opened up. I also really enjoyed getting to know some of the lesser known characters in this book! Danita, as well as the Lynx Bast and her companion, were some of my favourites! I also loved the action-packed ending of this book and am excited to see which direction the story will go in the final instalment of this series.

The only thing that I really didn’t like when reading this was that the magic system in regards to the animal companions seemed to drastically change in this book and although it made sense sometimes other times it didn’t. However, this didn’t drastically affect my reading experience and certain things may make more sense in the next book. At least I hope they do!

In conclusion, I again loved the set up of the book and the fast-paced but still character driven nature of the story. I thought some of the themes were a little mature but overall love what P. C. Cast is trying to express. Therefore, I am rating this book 4 out of five stars!

Would you rather be magically linked with a dog, lynx or horse? Have you read this series what did you think? Let’s chat below! Happy watching and reading!